The risks and possible complications are listed below, but the risks in my hands are very rare.

I have been performing abortions for about 30 years and the main worry that I have for my patients is not whether they become infertile, but whether they will quickly get pregnant and come for another abortion.

Prevention is better than cure, so it is better to use condoms or other methods of contraception, than to use abortion as a method of family planning.

Breakdown of the charges for Abortion (less than 9 weeks) or Dilatation & Curettage (D&C):
(All prices in Singapore dollars)

*Please note that the fees mentioned above are estimated based on most of our patients. However there will be instances where the charges may differ depending on each patient's requirements. Should you need more assistance, please call our clinic and our staff will be able to offer financial counselling.

Some people book for the operation but change their minds at the last moment, causing us to lose patients who are not able to get the bookings of their choice. The deposit of $200.00 is instituted so that patients are more serious when they book. If you cancel the operation with more than 48 hours grace, the deposit will not be forfeited as a cancellation charge. This deposit will go towards paying for the anesthetic fee which has risen due to increased cost of the drugs.

If you decide to carry on with the pregnancy, any deposit made can be used for the next consultation which you will need for any continuing pregnancy.

The final amount which you need to pay will be informed to you and it depends on the size of the pregnancy. It is inclusive of the operation procedure, ward charges, anesthesia and standard pain-killers.I normally also perform a Pap smear which is charged separately. If any injectable pain killer is needed, or if antibiotics are required after the operation due to pre-existing vaginal infection - then these are NOT included, and will be charged separately.

I hope that you are now clear about the charges. Please do not hesitate to ask if you have any further queries.


What Are The Common Risks Of Abortion

What complications may arise from a termination?

The use of flexible soft instruments instead of sharp steel instrutments would lessen any trauma to the womb and endometrium.

The use of ultrasound in the Operation Theatre like what I normally have and use will lessen any risk of incomplete evacuation.

The most common complications are described below:

Can abortion lead to infertility?

This is possible but rare, and is usually caused when the woman is already harboring a Chlamydia infection prior to the abortion procedure. Inflammation of the Fallopian tubes and ovaries caused by the Chlamydia organism is the most common cause of infertility following an abortion. Examination for Chlamydia is now routine in most hospitals and clinics and, if necessary, the patient will be treated before the abortion is carried out.

Our Promise To Patients 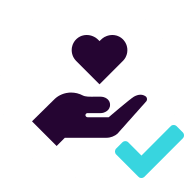 Caring Professional
Staff
For More Assistance, Please Call Our Patient Help Line at 6459 2833
We aim to provide each patient with educated information on abortion in Singapore so that they may make an informed decision.

With decades of experience, our highly-skilled and caring team will take the time to get to know the patient, understand their concerns and determine the best treatment plan during the in-depth consultation.

My clinic is closed on Sunday, Tuesday, Wednesday, Thursday and Saturday afternoons.

Schedule an appointment
Send us an enquiry